American Schools Teach 2nd Amend Is For Militia Only

Via Instapundit, a photograph of a American high school text book that states the 2nd Amendment to the US Constitution give the right to bear arms "in a state militia." 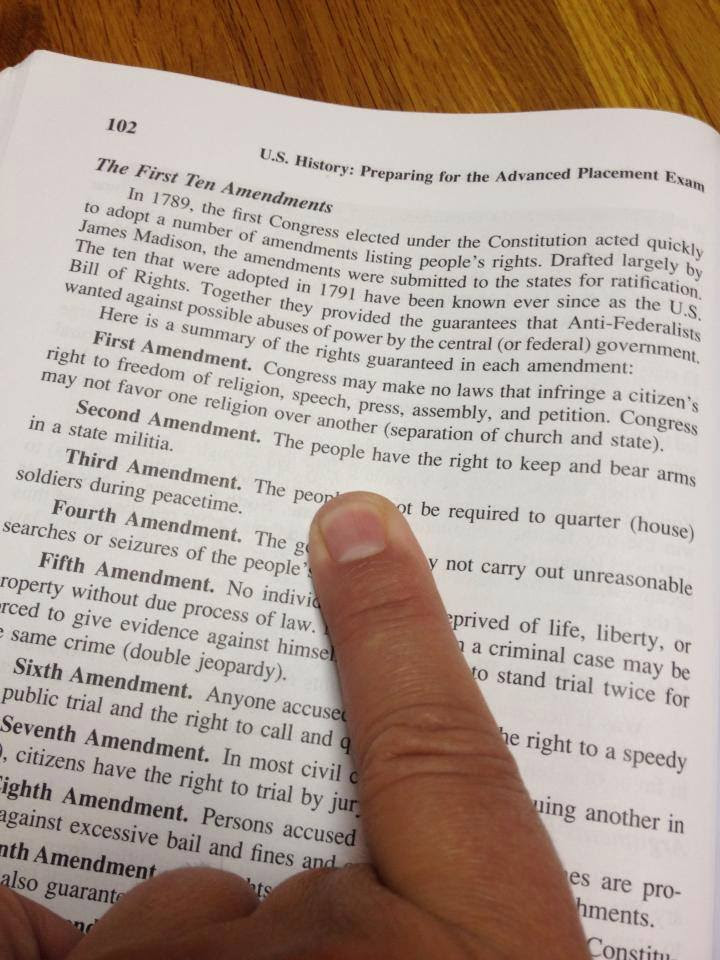 What the 2nd Amendment REALLY SAYS is:

A well regulated Militia, being necessary to the security of a free State, the right of the people to keep and bear Arms, shall not be infringed.

UPDATE:  Bryan Preston of PJMedia has the pertinent information:

Author John J. Newman has some explaining to do. His textbook, United States History: Preparing for the Advanced Placement Examination, literally rewrites the Second Amendment to the United States Constitution.

On page 102 of Newman’s book (page 134 of the PDF version), the author cuts the Second Amendment in half and leaves out several key words.

Preston goes on to say, far more eloquently than I can;


But the Second Amendment clearly guarantees the individual’s right to keep and bear arms. Newman has relegated that right only to those who are members of a government militia. That is not how the courts see the Second Amendment. In District of Columbia vs Heller (2008) the United States Supreme Court held that “the Second Amendment protects an individual right to possess a firearm unconnected with service in a militia, and to use that arm for traditionally lawful purposes, such as self-defense within the home.”

Please contact his publisher and protest this blatant falsification of our Constitution.