If I Wanted America To Fail...

Here's where your money is being spent. 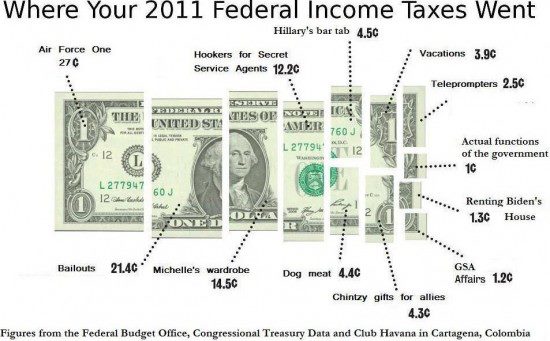 Might as well include them, since they are in the tank...
Posted by Rich Vail at 06:11 0 comments

This woman, politically is dumb as a box of rocks.  She recently said that America should, "suspend Congressional elections...", and now this?

Talk about tone deaf...even POLITICO, the unofficial propaganda organ of the Obama administration thinks this was monumentally stupid.
Posted by Rich Vail at 06:28 0 comments

Not wild about the music, but damn, this is a great video:


I served in HMM-266, MAG-26, 2nd MAW, FMFLANT from Sep 1983 through my medical discharge on June 6, 1984. The Gryphons are now a V-22 Osprey unit and have served in multiple deployments in Iraq and Afghanistan.

The Federal Dept of Labour announced on Friday that it would limit the number of journalists who were given access to information.  For decades, journalists have arrived in DOL and entered the limited access area for the official release of information.  The Washington Times is reporting that there is a huge exception to this,


But Carl Fillichio, Labor Secretary Hilda Solis’ top communications advisor, circulated a memo earlier this week to interested media informing them that everybody is being required to re-submit their credentials requests.
Fillichio reminded participants that there are only 20-30 seats available for the lockups and that priority will be given by DOL in selecting participants to those that “are primarily journalistic enterprises.”

He also offered a one-sentence assurance that “the department will not consider editorial or political viewpoints in making credentialing decisions.”

Whatever grumbling might be occasioned by being forced to go through the credentialing process again, the element of the Fillichio memo that has journalists worried is this paragraph:
“Second, as a measure toward enhancing security in its main lockup facility (the DOL news room), the department will supply and maintain standardized equipment with a standard configuration for all participants. This change means that privately owned computer and telephone equipment, including hardware, software, cabling, wiring and Internet and telephone lines will be replaced with equipment owned by the department.”

This may be the first instance of government bureaucrats effectively shielding an administration from bad news since the institution of civil service reform in the late 19th Century.  If this is in fact the case, it's a subversion of a branch of the government by a political party for it's own gain.  That's very ominous for the future.  What it means is that,


“Delays will make it more difficult for independent analysts to understand the new data and could give White House and DOL political appointees more time to blunt the impact of the negative news resulting from the data.”

That means that bad news will not be disseminated nearly as fast as is currently the case.  Furthermore, by actively attempting to slow they news cycle, it in effect it is the repoliticization of government civil service.  If the GOP wins both the White House and Senate this fall, they can expect  that the civil service will begin to "passively-aggressively" to work against any policies they  may attempt to institute.

If the GOP were to do something similar to this, the MSM would be screaming to high heaven about how "those evil conservatives" were attempting to subvert or politicize the government bureaucracy.

Hat Tip, to the BlogFather
Posted by Rich Vail at 18:16 0 comments