Via Instapundit
Posted by Rich Vail at 19:14 0 comments

Zo gives us some excellent argument why the GOP needs to vigorously fight the nomination of Hillary Clinton.


via The Right Scoop
Posted by Rich Vail at 18:30 0 comments 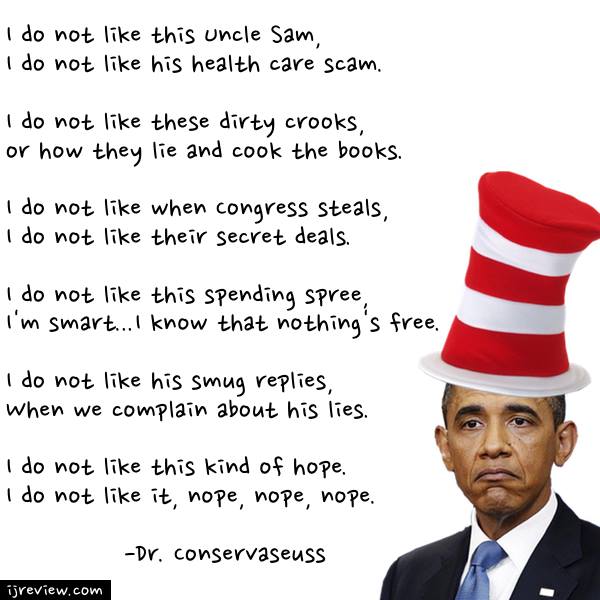 Pretty much says it all...

Earlier today, my wife made a comment that really put me on the spot.  "Why is it we don't get updates on Mr. Obama's health?"  We get regular updates on Jimmy Carter, Geo. H W Bush, Bill Clinton's, Geo W Bush...but not a single word on Obama's.  Why is this administration so secretive about this?

Not a week goes by without some story on those who formerly held the offices of President.  Recently Bush 41 was reported to be very ill (as was his son, Bush 43).  Not long ago, Clinton was reported to be in excellent health. Carter is has been reported as "frail"...but all we hear about Obama is...crickets...

With all the hype about what a train wreck ObamaCare has turned out to be, why won't the White House report on the health of Barack Obama?  Why?  What are they hiding?  The only story I was able to find was from April of 2008 by Jeff Stier on the HuffPo.  Since then, nothing.

I am old enough to remember that the press regularly reported on Nixon, Carter and Reagan's health, and all of their successors, yet the current lap dog press is oddly silent on Mr. Obama's current state of health.  I'd say this is rather important seeing that Joe Biden is a certifiable idiot...and the current Speaker of the House isn't much better.  G-d forbid that something truly dire should happen and we see Harry Reid be sworn in as president...

So, why is the press refusing to cover something as important as this.  Why the lack of coverage?  Why the silence?
Posted by Rich Vail at 09:26 0 comments