Last fall we received a letter saying that because of the myriad of changes that HHS had ordered health insurance companies to make to individual policies that were purchased on the open insurance market, that our health insurance would be cancelled...and it was despite they lies presented by President Obama and Sen's Ben Cardin and Barbara Mikulski. "If you like your insurance, you can keep it, period."

Because last year  was a pretty good year for me, we don't qualify for subsidies...so my insurance which had costs us $132 per month rose to $137 per week. We had the choice of paying that or the rent...

On Tuesday night, when tried to sleep (I usually sleep on my stomach or side) every time I tried to move over, I kept feeling like bones were grinding and "snaping" against each other and would wake up in huge amounts of pain.  So, when I got up in  the morning and had trouble getting dressed...I had my wife take me to the hospital...where they took a series of chest and back x-rays.

From the start, the ER physician gave me the feeling that she thought I was faking it.  When they were preparing to release me, she had said I had just pulled muscles, etc, and should just take it easy...but as we were signing the paperwork for release, she rushed back into the room and said that after having looked at the x-rays, I had four fractured ribs on the right side of my chest! This visit is going to cost us about $3,000.00...with no insurance we have to pay for it out of pocket.  That's going to be a very large problem, as only I am working.

On Wednesday, I went to my family physician, an awesome doc named Rachel Benn...who because I NEVER go to the doctor's office was shocked to see me and worked me in (despite not having an appointment). She wants me to have a number of test done (blood work $450, bone scan $1,500, MRI, etc)...I can't afford to pay for all that and keep a roof over my our head.

It wouldn't be so bad, but Cheri hasn't been able to find even part-time work, so we're dependent upon my $22 hour cabinet making job...so I'm literally reduced to holding out a tin cup to try and raise money to pay for the tests Rachel wants me to have...so please, hit the tip jar to the right.
Posted by Cher Vail at 04:24 0 comments 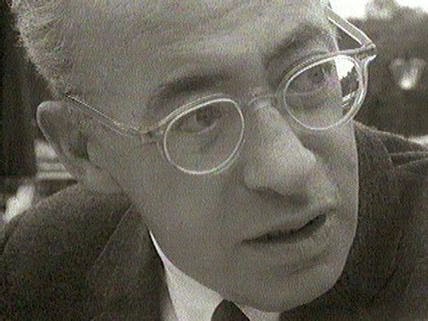 Saul David Alinsky (January 30, 1909-June 12, 1972) was an American community organizer and writer. He is generally considered to be the founder of modern community organizing. He is often noted for his book Rules for Radicals. From that book here are Saul's thoughts on how to create a social state:
There are 8 levels of control that must be obtained before you are able to create a social state. The first is the most important.
1) Healthcare – Control healthcare and you control the people
2) Poverty – Increase the Poverty level as high as possible, poor people are easier to control and will not fight back if you are providing everything for them to live.
3) Debt – Increase the debt to an unsustainable level. That way you are able to increase taxes, and this will produce more poverty.
4) Gun Control – Remove the ability to defend themselves from the Government. That way you are able to create a police state.
5) Welfare – Take control of every aspect of their lives (Food, Housing, and Income)
6) Education – Take control of what people read and listen to – take control of what children learn in school.
7) Religion – Remove the belief in God from the Government and schools.
8) Class Warfare – Divide the people into the wealthy and the poor. This will cause more discontent and it will be easier to take (Tax) the wealthy with the support of the poor.
Any of this sound familiar?
Posted by Rich Vail at 21:28 0 comments

At 10 AM, on April 19, 2014...the anniversary of the British attacks on American patriots at Lexington and Concord, Massachusetts Bay Colony, I propose the the Tea Party Movement hold a spontaneous rally on the Mall before the capital building  in Washington, DC.

We have 9 days to organize this...so get cracking!

I loved Mozilla's internet explorer program, Firefox...but with the politically correct ousting of their CEO I have chosen to uninstall the program.  If you can't express your political beliefs and lose your job because of it, then I just can't use your product...so FUCK OFF Mozilla, your'e not worth my $$$...
Posted by Rich Vail at 22:19 0 comments