Here's video of the parade in the Belgian town of Bastogne celebrating "Nuts Day", Dec, 26, 2013.

For those that don't know, "Nuts" was the answer that Brig Gen Anthony "Tony" McAullife, the acting commander of the 101st Airborne Division (The Screaming Eagles) sent to the German commander when he demanded the surrender of the important communications and road intersection of several major highways in eastern Belgium.  Bastognians have been celebrating this holiday for decades...while we ignore the heroism displayed by the 101st Airborne Division and Team SNAFU (remnants of the 28th Infantry Division of the Penn Nat Gd--"Bloody Bucket" or "Keystone Div.") and the CCB of the 10th Armored Division, CCR of the 9th Armored Division, 705th Tank Destroyer Battalion 35th and 158th Combat Engineer Battalions, 58th and 420th Armored Field Artillery Battalions, 755th and 969th Field Artillery Battalions of 8th Corps

While the list looks impressive, you must keep in mind that there weren't full strength units.  Most often, they were individual platoons an companies that fell back from the Nazi onslaught. These men upon themselves, without out the aide of outside forces, held off the elements of 4 German Panzer Divisions for more than a week.

Hat tip For t he Record blog
Posted by Rich Vail at 19:26 0 comments

via Paterico's Pontifications
Posted by Rich Vail at 11:21 0 comments

Sen Jeanne Shaheen is a Liar

Here is the add that could well sink the Democratic party in general and Jeanne Shaheen in particular.

Remember, ObamaCare was passed without a single GOP vote...Democrats OWN this abortion, now ram it down their throats.
Posted by Rich Vail at 17:12 0 comments

Why Americans are so Angry

Here's a deep insight from the comment thread on an article in the Economist...


There is an apparent lack of understanding among many in this thread about the nature of America's unique flavor of, and recipe for, corruption.

The way corruption works in America is through the providing of morally corrupt laws to those who purchase laws from federal and state legislatures. The purchasing is done most often through campaign finance transactions.
In other less developed countries, corruption is quite straightforward and easy to see as such. Old fashioned cash-for-deeds bribery is more prevalent in less developed nations.

In America corruption is a much more insidious game, which is worse because (i) it is almost always plausibly deniable by virtue of being cloaked in "laws", and (ii) it is impossible for the citizens to escape.

The American banking sector, telecoms companies, insurance companies, America's multiple for-profit prison industries and the major licensed professions: attorneys, physicians, financial services "professionals" (sic) and accountants are all major spenders on the purchasing of legislation which creates and protects their selfish economic opportunities at the expense of normal Americans who are not members of these law-buying clubs. America passes secret laws enabling its NSA to violate its citizens constitutional rights and has secret courts to approve these violations. America uses drones to murder targets -- but many innocents -- in ways which are clear violations of easily understood Geneva conventions on warfare and prohibiting crimes against humanity.

There is, in fact, a high level of cash-for-deeds corruption in America, for example, as set forth by the Yale Law Journal which formulates and estimate of over 1 million bribery transactions per year in the American judicial branch of government. There are also abundant indications of a high level of arrogance towards the citizens by members of government from local police and other local government employees, all the way up to national office holders in federal legislatures and other branches of government.

However the worst and most inescapable and deleterious form of corruption going on in America is when private interests (or certain parts of government) get deals from legislatures and get the laws they want so that they can economically enslave -- and/or imprison -- American citizens.

Americans are being bled out by these custom, gov-for-sale laws like animals at a slaughterhouse. This is angering Americans as well it should.

The key to understanding the uniquely American flavor of corruption is to understand that is most often WRAPPED IN LAWS which laws seek to legitimize morally corrupt treatment of America's citizens, often under the further cover of some noble motive.

American corruption is unique and innovative in its many disguises, but it is worse for the citizens than the forms of corruption found in other nations due to the fact that American corruption is, by design, inescapable for its citizens, a large portion of whom are exploited as economic slaves by those privileged industries and professions who are holding all the cards in the form of laws they purchased from America's corrupt legislatures.

If Obama Was a Republican... 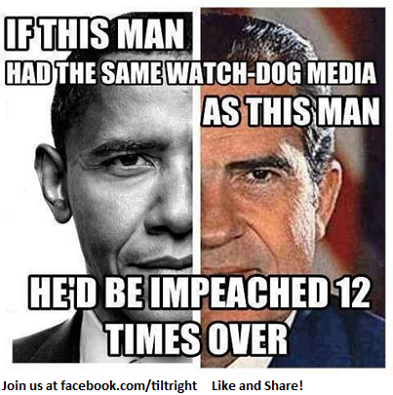 George Washington on the 2nd Amendment

Of all the founding fathers, this man had the most to lose.  So, I believe his opinions on  the 2nd Amendment are pertinent to today's arguments on this most important of ALL the Bill of Rights. 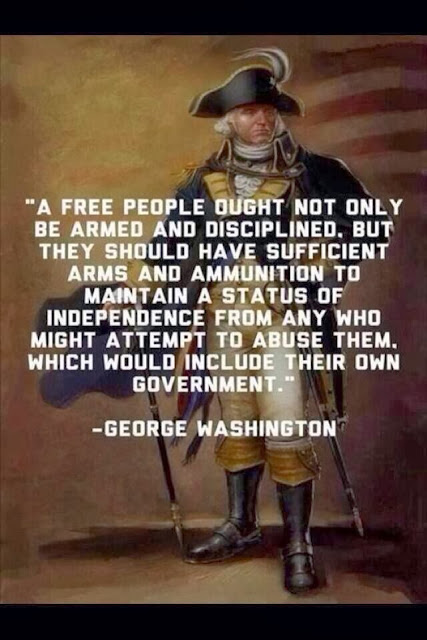 The title is from the last line...a clearly clueless idiot, who mindlessly voted for Obama...weep for the future, for these morons are it...but to quote the great Robert Heinlein, "There Ain't No Such Thing As A Free Lunch", or as he put it TANSTAAFL...someone has to pay for that free lunch eventually...
Posted by Rich Vail at 17:19 0 comments

This is awesome.  I'd love to have one of these things.

The only real barrier to me brewing beer at home is the mess and hours sitting in front of a stove watching beer boil... here is their kick start page...I hope those of you who can afford to, will pledge. I do know that if they aren't too expensive, I'll be buying one of these, because I've always wanted to brew my own beer...just about as much as I'd love to have a still and make my own aged whiskey!

From Lynda D., an amazing video:

Obama Pivots to the Economy...for the 11th Time!

Unfortunately, his record is dismal...and is only exceeded by that of FDR's extending the great depression by 7 more years...Here is what Obama has achieved economically:
As you can see, he's not done too well.  Eventually,  he's going to have to stop blaming Bush for all his economic woes...

HT  The Gateway Pundit
Posted by Rich Vail at 14:06 0 comments

I will admit that I absolutely despise this song...since the '70's with that horrid Christmas show (claymation I believe)...but this rendition is brilliant.

Organizing for America has a new symbol.  They think it will be more effective than their old one, even though it incorporates much of it... 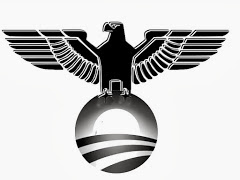