Mexican Government Issues ID Cards At A US School

The following was sent to me by someone who was at the below protest.  She's an active member of the California Minute Men.

The fee is $27 per matricula consular application. 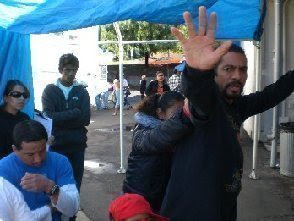 When the Minutemen arrived at the Capistrano School District Adult School
there was a hub of activity. A mobile Mexican Consulate center was in full swing. 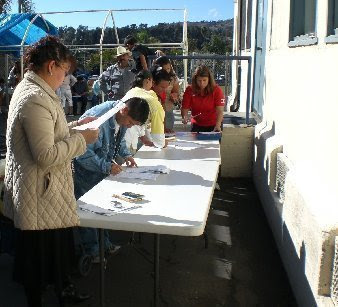 Mexican Consulate Mobile Matricula Consular Center
Mexican Nationals in the U.S. ILLEGALLY do NOT have a green card and therefore need a Mexican matricula consular identification card - matricula means: of a like group and consular means: from a consulate. 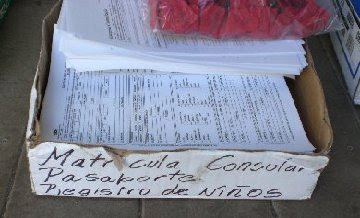 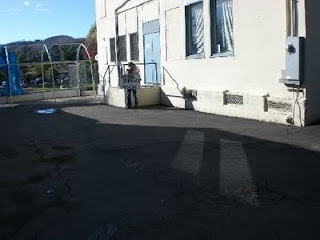 One Minuteman
After the Minutemen had been onsite for about an hour and a half, the Mobile center was shut down - above photo.

Once Minutemen began to observe and report, documenting and photographing, the Mexican  nationals no longer ventured forth to the center and many, who had been in attendance, left the mobile center. 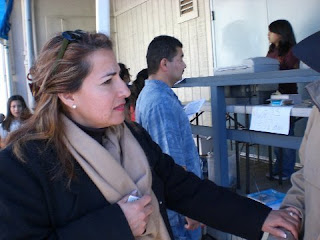 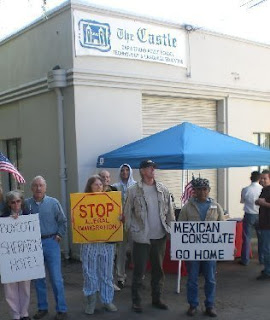 Minutewoman - peacefully assembling on public school property. The Mexican diplomat repeatedly said, "This is a private event for Mexicans only…You cannot be here…I am telling you nicely as I do not want to call the police. Please leave." 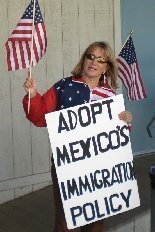 Minutemen assembled on U.S. school property
Minuteman Project National Rally Spokesman Raymond Herrera said to the Mexican diplomat, "No, we will not leave. We are guaranteed freedom of assembly under OUR Constitution." 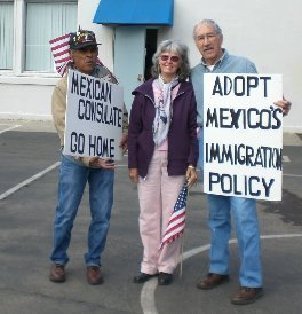 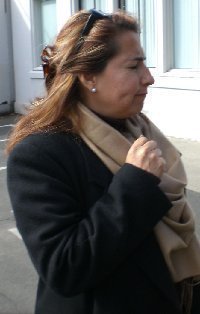 Mexican diplomat south side of the mobile center
The Mexican diplomat was particularly vexed by our photographing of the event.  “DO NOT TAKE PHOTOS," she commanded repeatedly.  Minutemen stated that in the USA , we have the right to photograph in public. "No, you cannot take photos," she insisted. Herrera and the diplomat then entered into a lengthy discussion in Spanish. 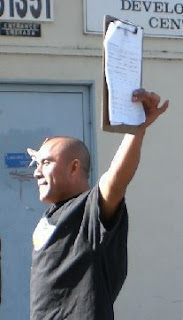 GANG MEMBER with application in hand
The man, above photo, displayed gang hand signals and yelled out "THIS IS OUR TERRITORY!" The Mexican diplomat witnessed and seemingly approved of the gang member at the "Mexican Only” event. 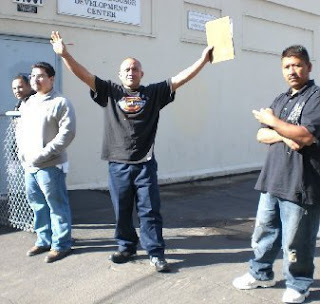 He appeared to be filling out an application - in his left hand above.
Many have informally been told that in the Hispanic community only gang members wear black shoes. Note in the photo above, the only man in black shoes is the self-professed gang member. 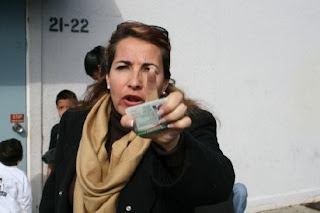 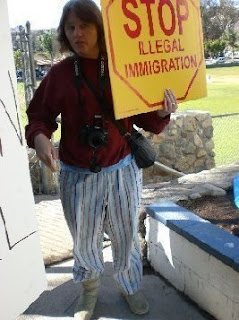 The Minutewoman, above, had been quietly photographing... 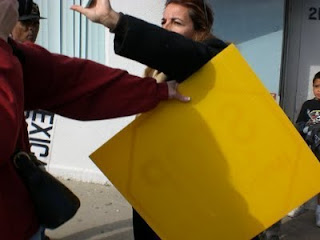 Mexican Diplomat has a matricula consular card in her hand
Suddenly the door above opened, and the Mexican diplomat, came out yelling. The photo above is just before she lashed out.  To our utter amazement, the diplomat started to strike out at the Minutewoman! We were in a state of shock.  As she yelled, she struck across the Minutewoman's lower right jaw and lip, several times.  The Minutewoman above, in her left hand, used her sign as a shield, while pulling her camera back from the assaulting Mexican diplomat Ten minutes after the assault the Minutewoman still had a "stinging" sensation on her lip and jaw area. 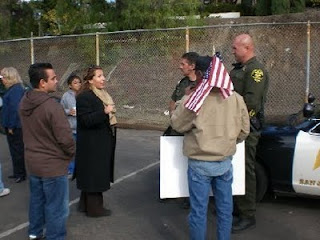 POLICE ARRIVE
Police arrived after the assault.  The police said they had been called by the consulate as they had reported that the Minutemen were inside the building yelling and pushing about. We never entered the building and had been quietly moving outside, on school property. 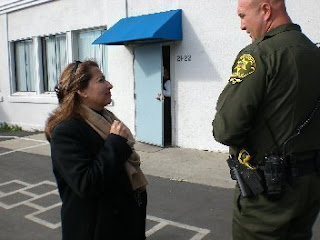 Herrera spoke with officers then requested they interview the diplomat. Per the officer's request, the diplomat came forward. 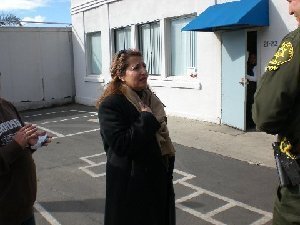 "They must leave," she said to the officer. But the officer replied, "No, this is a public school and they can be here." 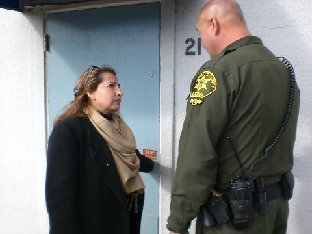 The diplomat then said that we must stop photographing them.  "Ma'am,” the officer informed her, "You are in a public area and they can photograph." 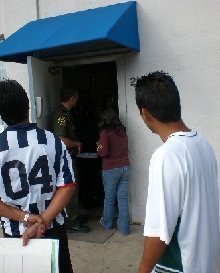 The officer then asked her, “Do you have the paperwork to use this facility." "Yes," she replied.  "I would like to see it," the officer said, 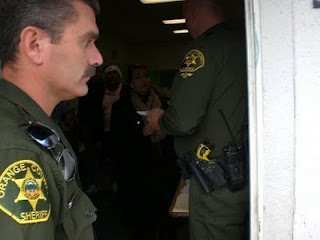 "I don't have the paperwork with me," she said back to him. 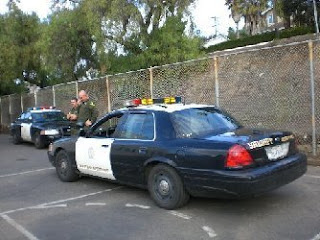 After he hung up, he met with us. He said the consulate did not have paperwork but that he had spoken to the individual who had granted the use of the school. He said that we could continue to assemble on the school property.  He appeared sympathetic about the Minutewoman assault, but said the Mexican Consulate staff had diplomatic immunity. 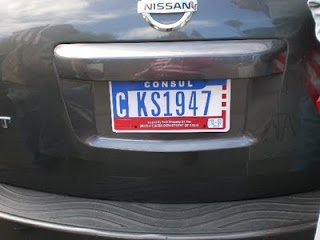 I'm curious to know just what would the Mexican government have done is this were occuring somewhere in Mexico.
Posted by Rich Vail at 15:12