Here's the original page from the Jyllands-Posten paper with the "cartoons".... 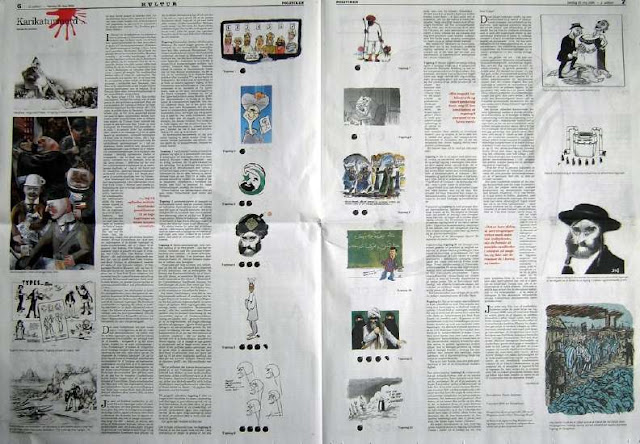 Here's a follow up by one of the original cartoonists 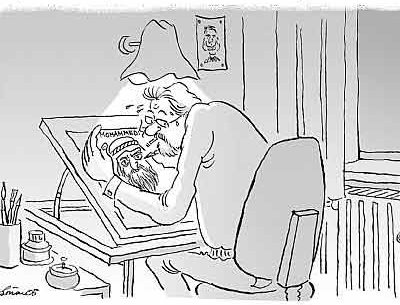 One reader thinks I'm crazy for posting these today, but I firmly  believe in freedom of speech.  That means that you have to allow even people you DONT agree with the freedom to promulgate their ideas...because that's what Freedom of Speech means.  EVERYONE gets to say what they think, you DONT have the right to be offended in this country.  If you don't like what someone says on TV, change the channel or turn if off...if you're out in the street, walk on by...but you can't shut them out of the debate, because in that direction lies...tyranny and oppression.
Today, the Pakistanni government has shut off access to Youtube and Facebook to "protect" it's people from any cartoons...that's really sad.  I guess they're not grown up enough in Pakistan to allow their people to see what the rest of the world thinks of their infatile angry reactions.
Posted by Rich Vail at 09:33

Thanks for believing in freedom of speech. Between the jihadis and the Obama Administration, we all need to stick together!