For once the RNC has produced a video that actually gets it right.  It's not very often that the idiots who actually lead the GOP do that.  All too often the leadership of the Republican Party is pretty much the same as the Democratic party.  Remember that from 2002-2006 they attempted to spend their way to a permanent majority.  The the broad centre of the country realized that they were spending money like drunken sailors and voted the Democrats in power, first in the  House of Representatives (06), then both the Senate and the Presidency (08).

That's when the Democrats became stupid and have spent so much money that they have passed the equivalent spending of WW2 already...in 15 months...surely that has to be a frightening record.  We now have a Speaker of the House who thinks she must be ferried around in the same manner as the President or Vice President.  Even Newt Gingrich, who is a corrupt politician (look at HIS book deals in the '90's) never demanded such luxury.  A friend sent me the following


Nancy Pelosi, Democrat from California, current Speaker of the House. The Pentagon provides the House speaker with an Air Force plane large enough to accommodate her staff, family, supporters, and members of the California delegation when she travels around the country. But, Pelosi wanted routine access to a larger plane. It includes 42 business class seats, a fully-enclosed state room, an entertainment center, a private bed, state-of-the-art communications system, and a crew of 16. Pelosi wanted "carte blanche for an aircraft any time," including weekend trips home to San Francisco . Pretty nice but a very expensive perk! Her Air Force C-32 costs approximately $15,000 an hour or approximately $ 300,000 per trip home. 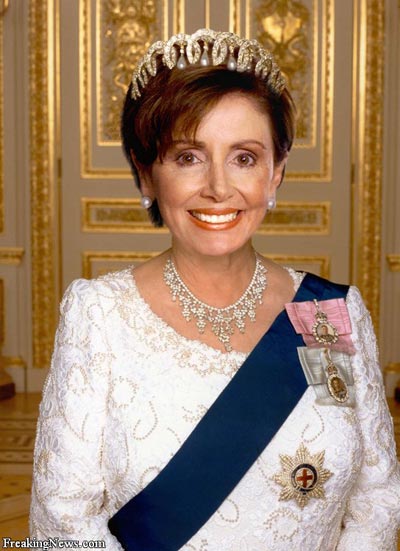 
Paul Pelosi, Nancy's husband, owns $17 million dollars of Star-Kist stock. In January, 2007 when the minimum wage was increased from $5.15 to $7.25, Pelosi had American Samoa exempted from the increase so Del Monte would not have to pay the higher wage. This would make Del Monte products less expensive than their competition's.

When the huge bailout bill was passed, Pelosi added an earmark to the final bill adding $33 million dollars for an 'economic development credit in American Samoa .'

How do you spell "HYPOCRISY" ??

my friend has asked for anonymity and I'll give him that...but I agree that Mrs. Pelosi is a hypocrit from the word go.  I didn't like that she corruptly has exempted an American Protectorate from the minimum wage law that she inflicted on the rest of America...but to do so because the company is a large political donor of hers is unconscionable.  This is the leadership of the country.  It's time to vote all the bums out.